Three unseen in Bulgaria art installations, illuminating balloons, a concert, and a light art- show at the Central Square fascinated thousands of citizens of Plovdiv in the second evening of the LUMMIX Light Festival.

After the exhibition opening, the citizens of Plovdiv had the chance to see and to participate actively in the installations “Water Light Graffiti” in the Ancient Roman Stadium, “The Waterfall’s Imagination” on the Kamenitza Stairs and “Control No Control” next to the Central Post Office.

In the early evening thousands of illuminating balloons were sent in the skies as a giant glowing cloud. They all carried a message of peace from the children of Plovdiv (the performance “Message of Peace” by Petar Petrov and a collective from Bulgaria).

Two of the installations on the Main Street were interactive and people showed great interest in joining in. “Water Light Graffiti” at the Roman Stadium was created by French artists (Antonin Fourneau’s creation Art2M production) and presented an illuminated screen with light diodes, which got switched on by water. Anyone could draw or write something with a wet sponge or a brush. The line of people waiting to write didn’t stop until the late night.

Especially impressive was the work “The Waterfall’s Imagination”. A 10- meter bathing woman was projected on a wall of falling water. The work was presented on the highest part of the Kamenitza Stairs. The surrealistic view caught the eyes of the people walking on the Main pedestrian Street and hundreds of people walked up to take a closer look.

Exceptionally attractive was also the work “Control No Control” by a team from Canada (Daniel Iregui & Iregular Studio Montreal). The light cube reacted to any touch or human approach, as the previously set light programme changed according to the human touches. The work also appealed with its contextual music.

The festival ended with an electronic music concert and a light art show on the Central Square. 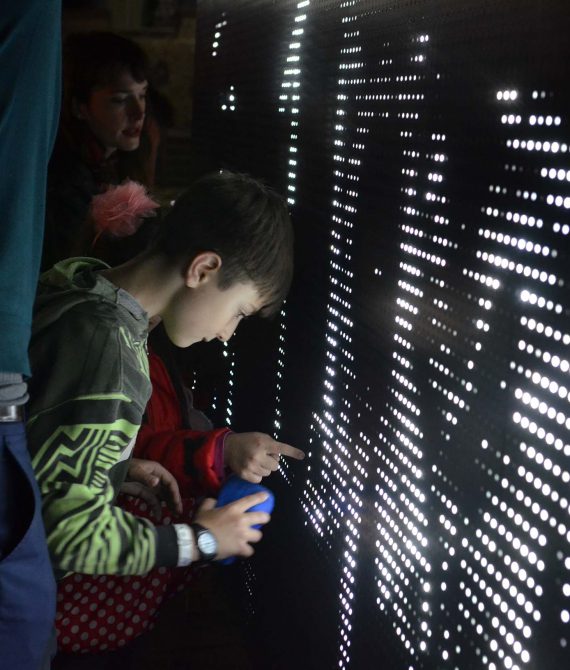 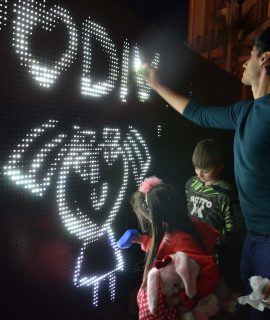 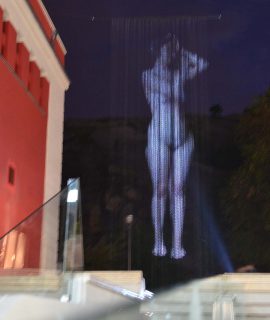 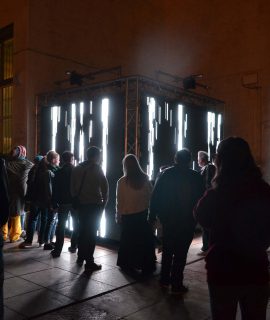 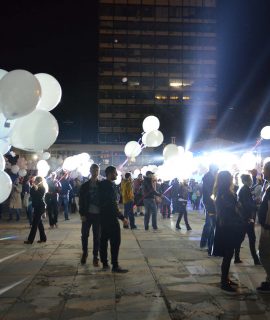 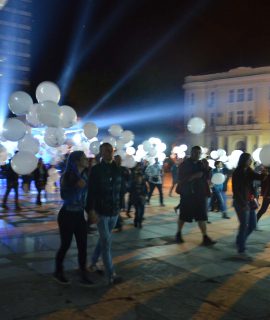 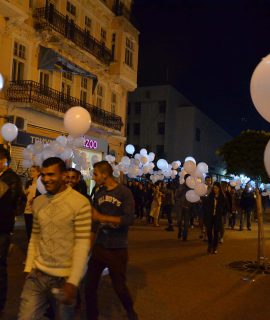 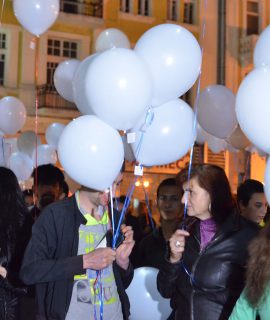 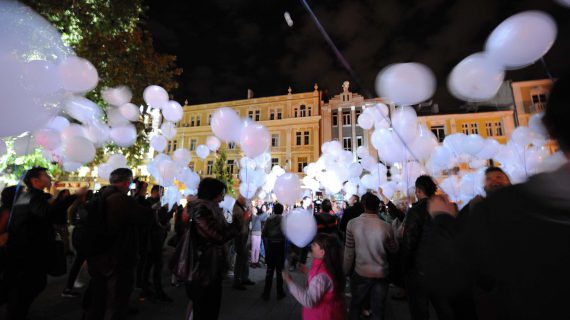 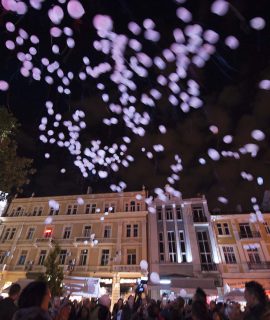 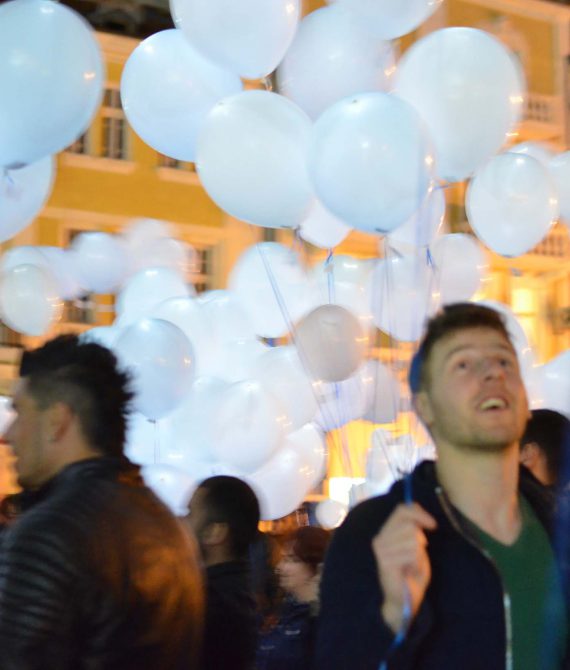 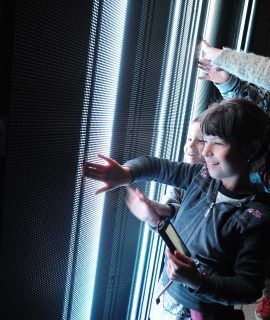 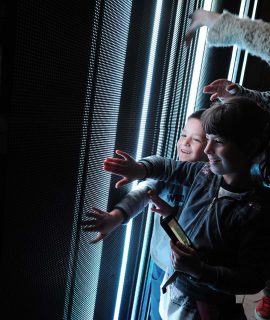 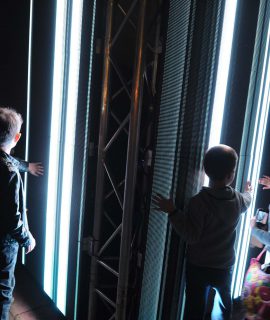 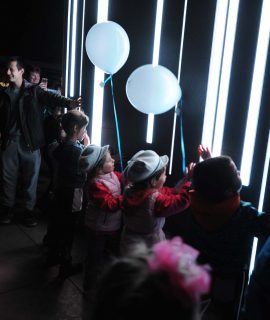 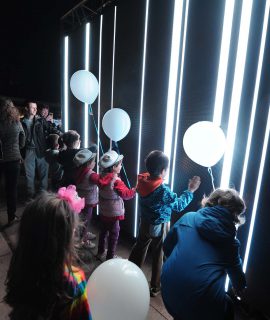 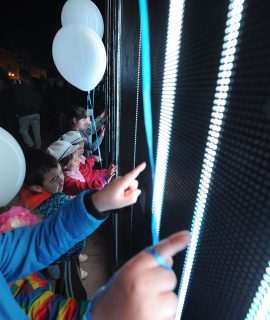 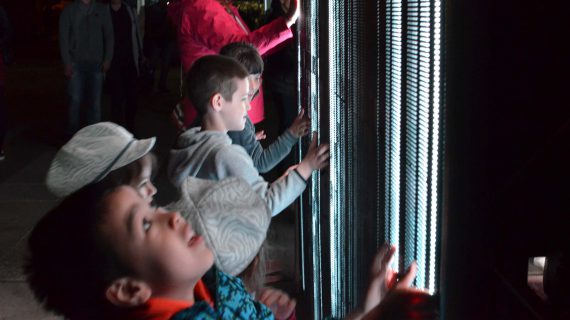 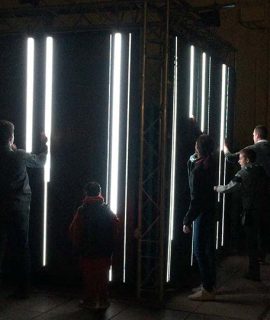 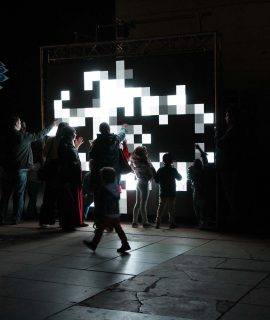 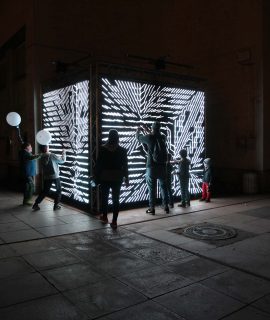 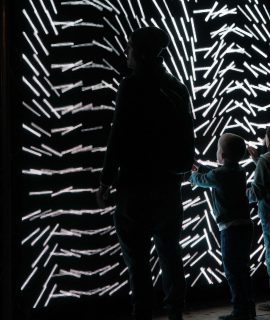 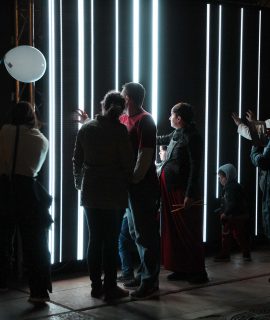 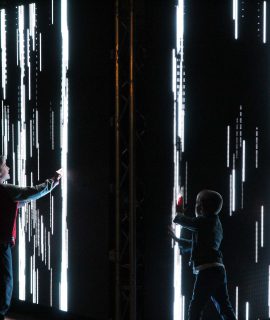